What Is VoIP Termination?

Home/VoIP/What Is VoIP Termination?
Previous Next

What Is VoIP Termination? 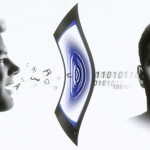 VoIP or Voice over Internet Protocol involves the transfer of voice – as in a phone call – over the internet to a specific IP address. This facilitates verbal communication between two or more parties. VoIP termination refers to a service that provides call facilities to a number of global destinations either under a subscription model or on a pay-as-you-go basis.

The term VoIP termination refers to the end-point, or destination of the call, usually by a public switched telephone network, or PSTN. This type of service may be provided either as a bundled package or as a standalone service.

The number of service providers for VoIP termination has already grown a tremendous extent thanks  to the competitive pricing being offered to businesses of virtually any size. Services are also offered to VoIP providers, who then resell the service packaged with their own VoIP interface solution for originating the call.

This type of service is typically sold as a turnkey solution for call-centers and other similar support units. From basic features for small and medium businesses to robust packages for larger companies, VoIP termination services are typically flexible within certain parameters.

VoIP termination services are also sold at per-minute or wholesale rates to independent software providers who want to integrate voice into mobile applications. Additionally, they are also sold to calling card operators that cater to specific or global destinations required by their users.

What does it cost?

Depending on the call origination location and the destination country, VoIP termination services may be offered for as little as 0.0029 cents per minute (for VoIP termination in the United States, for example). VoIP providers may be offered bulk rates as well. The cost per call is usually calculated in increments of one second, which allows for more accurate billing and better cost-control when used on a large scale. Some providers continue to offer per-minute billing, but at competitive rates.

A major concern that businesses have is about call quality. Because many businesses depend on accurate data capture during a call, this forms a critical part of the sales or support process and must be taken into consideration when choosing a VoIP termination service.

Because call quality is often sub-optimal on VoIP networks when compared with traditional telephony, constant monitoring is required using hardware and software components. The results of this complex algorithm-based analysis is depicted in the form of a somewhat subjective Mean Opinion Score, or MOS. The MOS is a number between 1 and 5 that denotes the quality of voice being transmitted from caller to recipient. Due to the limitations of VoIP telephony, the maximum possible score is 4.4; a 3.5 or above is generally considered to be a “good call”.

MOS is calculated using a number of parameters such as one-way and round-trip latency (delay between the end-points), jitter (packet latency) and packet loss, and is a key indicator of a particular VoIP system’s efficiency. In addition to the system-based analysis, large call centers also use quality assurance by human operators to determine the extent of voice degradation and reduce quality-based errors when capturing customer data.

Because VoIP termination occurs after the transmission of the data, the codecs used for encoding and decoding the transmitted data are a key determining factor in voice quality. There are essentially two types of codecs in use today – lossy and lossless; depending on the end-user’s bandwidth and processor limitations, there are a number of options in both categories, as shown below:

G.711 – Speech transmission is precise with this codec. It requires minimal processor capability but uses at least 128 kbps for two-way communication.

G.722 – This codec works with variable compressions and can conserve bandwidth when the networks are congested. Also ideal for dial-up internet connections.

G.723 and G.723.1 – Both these support high compression and considerably higher voice quality. However, it does use plenty of processor power.

G.729 – Bandwidth utilization can be as low as 8 kbps and the codec is extremely error-tolerant. This is the most popularly used codec for VoIP termination.

Though most of the above codecs are based on Pulse Code Modulation (PCM) technology and its variants, dual-rate, multi-rate and predictive codecs are also available on the market today.

What are soft switches?

Dynamic IP addresses pose a challenge to VoIP termination because the system doesn’t use phone numbers in the traditional way (such as the North American Numbering Plan, or NANP). Therefore a central call processor is used to run a soft switch, which is essentially an end-point to end-point connector. The soft switch can read the end-point location, its current IP address and the phone number associated with it.

Protocols put it all together

While the end-points consist of any combination of analog phones or IP phones (hard or soft), the client software manages the compression and conversion through codecs. The mapping of the call is controlled by the soft switches and is done independently. To get all these pieces of hardware and software working together efficiently, a protocol is required.

Until recently, the H.323 was the most widely used protocol for VoIP telephony but the Session Initiation Protocol (SIP) is increasingly becoming more popular because it was designed specifically to handle VoIP requirements. H.323 was originally developed for video conferencing but is also efficient for VoIP. Another popular protocol is the Media Gateway Control Protocol (MCGP), which supports additional features such as call-waiting.

In terms of global usability, the existence of multiple protocols poses a major challenge. Because VoIP calls are often routed through multiple networks, if a conflict of protocol occurs it can negatively impact transmission.

The future of VoIP

VoIP is still a relatively new and emerging technology. Problems such as protocol conflicts and the increasing number of codecs and other components still plague the system. However, VoIP termination services – despite their drawbacks – contribute tremendously to cutting costs, increasing efficiency and offering flexibility.

As the technology improves, what is needed most in the industry now is a global governing body that sets standards for components and related technologies used in VoIP termination.

Commpeak provides some of the most competitive A-Z VOIP Termination packages available. Their range of services offer state of the art solutions to your communication needs.